A Foundation Of Relationships

Determining whether one is “in” a relationship seems like a culturally constructed form of self-torture. When a teenager it was all anyone wanted to know. Lest anyone think we outgrow such antics, the adult world is filled with opportunities to ask the question, albeit in ways that are at times more subtle, but no less personally invasive. Further, to not be “in” a relationship is to court the sidelong glances of people wondering what may be wrong with you. Indeed, there’s an entire holiday devoted to anxiety-filled, wallet-destroying, emotionally-pressured declarations of being “in” a relationship. This latter is felt to be so pernicious by some that the overt denial of it with various forms of vitriol and declarations of its historical inauthenticity has become its own powerful meme. As social creatures, our world is built on a foundation of relationships.

While clearly the nature of the question is obsessively focused on a particular form of relationship, that of the romantic, this myopic dedication hides a broader reality: we all, every one of us, are in a relationship each and every moment of every day for the entirety of our lives. Further, not only are we in relationship, the very nature of our being is such that there would be no “I” without that foundation of relationship. This truly cannot be overstated and it’s so fundamental to our lives that we often don’t consider how powerful such a fact is. Our relational reality is like gravity, so pervasive, so utterly necessary for life as we know it, that the sheer size of it is hidden from us even as it guides and pulls every manifestation of our behavior.

The “I” of our Stories

Like figuring out a magician’s trick, seeing the truth here requires directing one’s attention away from what is flashy. We tell stories and the “I” of our narratives, what we conceptualize as ourselves, moves along as the fulcrum of whatever is occurring. While much is said about narcissism being harmful and dismissive of others, there is a baseline quality to our developing narratives that is inevitable. One of the reasons why we’re so terrible at making rational decisions, particularly as it relates to statistical analysis, is we can’t remove the ego-focus from which all thinking is directed.

Psychologists call these patterns heuristics, models of thinking that guide the formation of our narratives from amidst the gluttony of facts constantly impinging upon us. In the year after the attacks in the United States of 9/11, people in fear for their lives over possible airplane attacks took to the streets in their vehicles. This infusion of steel-encased fear resulted in a statistical uptick of traffic deaths above the average that actually was six times more than the number of those who died in the planes in the attack. The “example rule” heuristic, that situations are more prevalent if they can be immediately recalled, here resulted in needless suffering and yet not a single person thought at the time they were acting in anything other than their best interests. The grand “I” hiding from a world of interconnection was triumphant.

Not nearly so melodramatic, further examples abound in our everyday lives. Every wrong turn, miscommunication, dismissal of another’s behavior as being emotionalistic or foolish, disregard for another’s suffering through addiction, loss, and anxiety, are all predicated upon the belief in the “I” of the billiard ball being directed as the consciousness of the cue-stick. In each instance, there is a lapse in the acknowledgment of our relational foundations. That it happens so often only helps hide the deeper reality further. As a person in a desert, the notion of there being water underneath his feet is flung aside with every chapped breath.

Ponder for a moment, utilizing the focusing power of our consciousness, how everything we think and do is tied to a virtually infinite number of variables. Every thought that rises to consciousness is itself a result of underlying unconscious connections, neurons working in parallel making connections with one another in patterns utterly stunning in their complexity. The very ability for you to be reading this requires a sea of technological, social, biological, and cultural components coming together in just such a way to provide the space for you to narcissistically believe the story of your life flows only through you. In so doing, we miss that the story could not, would not, ever be possible without the thousands of millions of people stretching out into the socio-genetic panorama of human civilization.

Every day we are “in” relationships. Every moment of our lives we are “in” connection with those seen and unseen. No breath we take, no action we call our own, no thought or emotion we experience, is separate from the nearly infinite interlocking lattice-work of our relational reality. We may need the “I” to tell our stories, but let us reaffirm in conscious appraisal the enormity of the ripples coalescing into and spreading again out from each one of us.

END_OF_DOCUMENT_TOKEN_TO_BE_REPLACED

Anxiety is Obnoxious and Mindful Acceptance Can Help

The old saying that nothing stays the same except death and taxes is about as useless during tax season as it is when faced with a global pandemic. Both situations induce anxiety to varying degrees and both are subject to change given the degrees of governmental...

END_OF_DOCUMENT_TOKEN_TO_BE_REPLACED 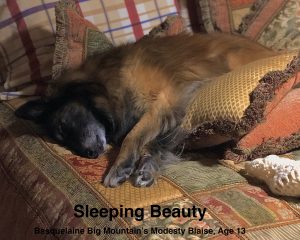 Sleep is the Cornerstone of Healthy Habits

It all starts with sleep.  How you finish your day determines how you start your day. A good night’s sleep is the cornerstone of healthy habits and healthy habits are the foundation of self-care.   No matter what your objectives are, it is difficult to implement...