“Fear is the mind-killer.” So says the Bene Gesserit, a female-only religio-political group from the sci-fi epic series of Dune by Frank Herbert. The aphorism concerns the tendency for humanity to forget its more rational potential in the face of a lack of control. Because that’s what fear is, the perception of an upcoming loss.

Notice that fear is about the future. Fear is immediately replaced in the present by any number of other emotional assessments. If the loss was personal enough, it’s replaced by depression and/or anger. If the loss didn’t happen, it’s replaced by anxiety that it may still occur and/or relief. There’s another replacement that I want to focus on here though, that of vindication. Such occurs when fear is replaced by certainty. Whether based on an objective critical analysis or the self-serving manifestations of bias, doesn’t matter. Vindication replaces fear when the world moves forward in the way that you believe it will, whether positively or, insidiously, negatively.

Pause for a moment and consider the feeling the last time something went wrong and you verbalized or thought a version of the phrase “I knew it would be bad.” Remember it? Vindication. It’s a complex feeling combining a perceived sense of control with a self-righteous belief that the world succumbed to your analysis of it. There are few things sweeter than vindication and given this definition, that makes sense, it’s attached to the belief that your singular mind captured the complexity of the whole of reality, if only for a moment. Of course that would be intoxicating. Don’t get me wrong, by “you” I am most assuredly including myself. “You” is humanity writ large. Vindication may be one of the most quintessentially human experiences in the universe.

Control and analysis/assessment are two sides of our pattern-building mental lives. From seeing images in clouds to John Nash in “A Beautiful Mind” and the various “Bible Codes,” pattern-building is foundational to how our species spread across the globe and flung machines into the heavens. With control we are applying the immediacy of our emotional system, seeking a gestalt or all-encompassing picture of our experience. It is no mystery that we use the phrase “to grasp,” i.e. to hold within our power, when stating our understanding of a subject/experience. On the flip-side of control, is analysis/assessment, our long-term system, selecting pieces out of our experience to support and further our initial intuitive or unconscious understanding.

If you paused a moment at that definition of analysis, that’s a good thing, because it’s counter-intuitive. We seem, as a species, prone to the belief that our minds are picking up on or illuminating the laws and systems of the universe. Knowledge is felt to be something “out there,” for us to grasp. See, there’s that word again. Rather difficult to get away from. We instinctively feel as if the world is something other than ourselves, that we are cut off from it in some way and constantly on a journey of discovering its secrets to use for our betterment. When put that way, our hubris or excessive pride in our achievements, seems a tad silly…and inevitable. As Erich Fromm noted, we are the only species capable of believing itself removed from Paradise, of having been taken away from our union with nature. While certainly a sad story and one that lies at the heart of many religious narratives, the true sadness is how utterly and completely false that story is and our seeming genetic drive to embrace it, like bugs to a zapper.

Patterns, whether the stories of mythology, theology, the sciences and governmental systems, are all about us. Not because we’re finding out how the world works, but because we’re actively engaged within and as it. Our felt separation from the world is a result of our capacity for perspective-taking. As “Dr. Jackson” said from the movie “Stargate,” every destination needs a starting point. That starting point is the “you” you believe yourself to be. Pattern-making is our way of seeing ourselves in our experience. By doing so we mollify, moment by moment, the existential dread/fear/loneliness that comes from feeling cut off.

Be Careful of Knowing

While patterns are immensely helpful in a myriad of ways, vindication can be as much a trap as the question of “what’s one more?” can be to an addict. Think back again to that feeling of rightness when confronted with a situation gone wrong. Did it inspire any self-reflection? Did it encourage you to broaden the scope of your thinking to see if just maybe you’d missed something? Of course not. The world made sense. Things happened the way you thought they would. Questions at that point would not only be superfluous, but damaging to your sense of self. Ah, but here’s the thing and you probably know what I’m about to say (feels good, doesn’t it?). For every story we make, we hide as much of reality from ourselves as we reveal.

Take a moment and look up, letting your gaze rest on a single object. Settle your mind upon it and let your eyes go soft and lazy. Notice that everything else starts getting more hazy, less distinct. Welcome to perspective. The more we focus on a thing, the more we lose sight of. That we have coherent “images” of the world at all is because our brain is busy filling in the vast emptiness surrounding the pinprick of light entering our retina. This filler is an imaginative projection based on previous experience pushed forward as beliefs about the immediate future. We know this process is limited every time something “appears out of nowhere” and surprises the hell out of us. If we were really seeing the whole of reality AS IS, we’d never be surprised.

This is where knowing is both enticing and dangerous. To know is to see, as in “I see what you’re saying/meaning.” And just as sight is limited, so is the felt sense of our understanding. The issue here isn’t that we can’t know anything or that the various sciences of our inquiry are not telling us truths about the universe of which we are a part of, it is that all such is tentative and progressive. Thing is, we really, really don’t like uncertainty.

We Are All Conspiracy Makers

In this time of global upheaval, where many of the systems and institutions we’ve built over the centuries are showing their cracks and fault lines, conspiracies are running rampant. Poking fun at them is as time-honored of a tradition as lamenting the burning of the library of Alexandria. Really? Just me? Well, run with me here a bit anyway. We like pointing out the absurd in others, but since they’re as human as we are, it’s good to remember that with a change in circumstance or perhaps even the passing of time, we may find ourselves in a position of being just as wrong about something.

The conspiracy makers/believers are attempting to bail the same boat we are, using the same tools we are. The difference is their buckets are simply filled with more holes. We’re sailing through a storm of fear, scooping uncertainty and throwing it overboard as fast as we can. Just as one group’s cult is another group’s religion, so one person’s conspiracy is another’s knowing. They all exist to address the same problem, a need to control, and are actively engaged in bringing about the same feeling: vindication. Nothing feels better than the belief in our rightness.

Take a moment to ask more questions, built upon a recognition of our shared human desire to feel in control. We aren’t going to remove the silliness, but we just might see something we missed.

Photo by Hari Nandakumar on Unsplash

END_OF_DOCUMENT_TOKEN_TO_BE_REPLACED 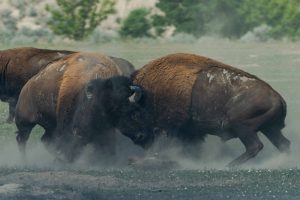 Raised voices. Increased heartrate. Narrowed vision. All the physical hallmarks of a discussion that devolved into argumentation and conflict. That these same physical experiences can also be seen when participating in a game with a team or during intensely...

END_OF_DOCUMENT_TOKEN_TO_BE_REPLACED 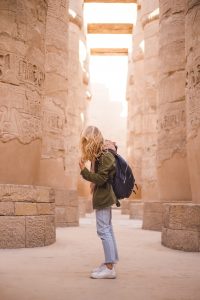