In 2014 Ted Cruz won the straw poll for the second year in a row at the Values Voter Summit. The Summit was started back in 2006 based on upholding the social conservative holy trinity of “traditional marriage, religious liberty, sanctity of life and limited government.” For a conference that draws all of 3000 people, focusing on it would seem silly if not for the outsized role those associated with it play in American politics. In warfare the technological expansion of destruction makes it so fewer and fewer people can deal death to a degree that previously required enormous armies. In a country like America where political identities are diminished to a select few and media is more interested in entertainment that disseminating information, groups who otherwise would have little influence in national discussions now carry heavy weight. Regardless of the ability for someone like Cruz to win a full presidential election, he still stands for an ideology, that plays an outsized role, one that is diametrically opposed to the humanistic history and egalitarian principles of the American ideal of “We the People.”

To show just how far Cruz and his supporters are from the American ideal, we have but to focus on the three areas for which the Values Voter Summit demands allegiance. Cruz is running to represent the entirety of the United States and since religion is at core divisive, we’ll set it aside initially to see how the ideas presented through a broad public application in no way are representative of America.

Cruz’s position on marriage equality is unabashedly against adults making decisions for themselves.

“I support traditional marriage between one man and one woman,” Cruz said after speaking to the Richardson Chamber of Commerce. “The Constitution leaves it to the states to decide upon marriage and I hope the Supreme Court respects centuries of tradition and doesn’t step into the process of setting aside state laws that make the definition of marriage.”

“Tradition” here is of course selective and time-limited since Cruz is not promoting the purchasing of women for heads of cattle. Rather, marriage is here defined through sexual identity, where it exists as a social demarcation between groups based entirely on reproductive possibilities. For a country built upon the transformative pursuit of personal potential, relegating any social structure to the presence of particular genitalia is essentially to be against the individualism that supposedly makes America great.

Cruz defines the defense of religious liberty as a defining issue in politics today. It is important to note that by “religion” Cruz is quite clearly talking only about Christianity. In his speech at Liberty University for announcing his presidential aspirations, Cruz noted:

“Today, roughly half of born again Christians aren’t voting. They’re staying home. Imagine instead millions of people of faith all across America coming out to the polls and voting our values.” – Cruz, Liberty University speech

Regardless of the facts of this statement, the point is that Cruz’s identification is not with the American people but only with those who identity with Christianity and then only with those who vote to display values in the way he believes are accurate. Conservative historical revision loves to paint America as founded upon Christianity, but even were this true the office of the president is not like that of the Pope. The president represents the interests, ideally, of the American populace. “We the people” does not mean “only those who agree with me.”

Speaking at the Fort Worth Convention Center, Cruz said: “I spent all week in Washington, D.C., and it’s great to be back in America..”much to the delight of the crowd. This is not mere rhetoric, it is an indication of precisely how Cruz considers the federal government to be related to the American people. Positioning the fed as being inherently against the public may seem peculiar for someone running for the highest political office, but for Cruz, in order to make this state of affairs better requires someone of the people to be in charge of the fed. The practical expression of such is a promotion of individual responsibility and national defense, except of course where such goes against the particular parameters of Cruz’s social morality.

This latter leads into how Christian dominionism links all three of these topics under what can be referred to as Cruz-ism. Now, dominionism is defined as: “the belief that God desires Christians to rise to power through civil systems so that His Word might then govern the nation.” Not every political candidate who espouses belief in Christianity can or should be placed under this label, but it is synonymous with the belief that America is a Christian country, a phrase far too easily bandied about without immediate and vociferous challenge. The term “Cruz-ism” is here concerned with pointing to the fundamental problem of dominionism, that due to it having no self-corrective the result is tyranny through social domination.

Even a cursory glance at Christian denominations will show a panoply of positions regarding social issues, theological matters and personal practices. The reason for this is that despite all of them using the same “good book,” that very book has no instruction manual for correct interpretation. Most people don’t realize that there are fundamental theological debates concerning such basic rites as baptism, the repercussions of which concern eternal salvation of one’s soul. If there are debates about whether to sprinkle water, full body dunking or whether to baptize at all, is there really much surprise that there are debates about complex social issues?

Again note that all the groups are using the same source, “the Bible,” and coming to wildly different interpretations. The only way to limit interpretive potential is through external authority and here is where Cruz-ism comes into play. Cruz (and anyone else of similar political weight who has a different opinion) would set himself up as final arbiter of what is just and holy. This isn’t merely out of egotistic desire, it’s a necessary requirement. Without an instruction manual and placing truth outside the realm of rational human discourse, the correctness of theology is established only through the power mechanisms of enforcement. The more one can enforce an opinion, the more right it becomes.

To say that such a stance in political power is undemocratic is to bury the needle in obviousness. Cruz and those who support him, including all who support dominionism, are not concerned with a government based on “we the people.” When they declare rights are “God-given,” they are referring only to their God. Further, since their God is only understood through the interpretive lens that, conveniently, is provided by them, such rights can be removed whenever it is desired to do so. In such a system, social identification becomes far more than a means of group cohesion, providing the basis for who is allowed to hold political office and who is worthy of having basic civil rights.

The American ideal set up freedoms and rights as intrinsic to being humanity, not as being given by an authority figure, as being open to discussion concerning how they instantiate in a complex society, not as directed by self-proclaimed high priests. Cruz’s America is not a land of the free, but a home for the religiously despotic.

END_OF_DOCUMENT_TOKEN_TO_BE_REPLACED 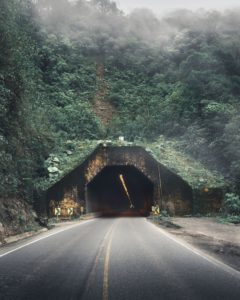 A Broader Awareness Can Lead to Uncertainty

Consistency, in practice and in thought, guides the creation of our stories and narratives. Selecting from the potentially overwhelming data of the world, our stories support what we believe and ignore or actively dismiss that which doesn't. "New" information is...

END_OF_DOCUMENT_TOKEN_TO_BE_REPLACED

Join our mailing list to receive resources for your mental and physical health, the latest blog and podcast entries, and updates on services being offered.

You have Successfully Subscribed!