In The Name Of The Soldier

by David TeachoutTrauma and Recovery

Ayn Rand defined “sacrifice” as the substitution of a greater value for a lesser one. On Memorial Day, honoring the troops that have fallen in sacrifice should then be more carefully considered. What they have fallen for is attempted to be explained, to varying degrees of self-serving purpose, as justifying this loss. The result, however unintentional, exalts death beyond the finality it truly is to a level of transcendent purpose. This strategic tragedy, death as the exultation of life, obscures the reality of what societies ask of their soldiers. Remembering the final loss inherent in death is important, but should not cast into shadow other losses of at least equal concern. The ready ability to take another human life, contrary to Hollywood depiction and the cult of the fictionalized soldier, is not without consequence.

“War does violence to the warrior, for in addition to the extremes of terror and fatigue confronting soldiers, they must also find some way to come to terms with the enormous guilt that arises with the taking of human life. In the popular imagination, soldiers unflinchingly perform their duties and are emotionally unscathed by their experiences. But this image is tragically flawed.” (David Livingstone Smith, “The Most Dangerous Animal: Human Nature and the Origins of War“) As Smith notes, the ready ability to take a life is not something innate but must be instilled by training. Our shared humanity is repulsed by the deliberate taking of life. Commitment to the act requires training, or some variation on losing sight of that shared being-ness, whether it be through psychosis or an overwhelming emotional state, drug use, or psycho-ideological means of shifting someone to become an “other.”

In any case, the result is the same, the person committed to violence must shut off, however momentarily, that innately felt sharing of humanity. We blithely as a society shrug off this request being made of our fellow citizens, inured as we are by the space afforded us by media and statistics. This loss, momentary but persistent, is a request of service being made of each and every soldier. In its deliberateness, there exists a sacrifice greater even than a final death. Greater because it is a constant aspect of their reality, something that must continue to exist as a pervasive aspect of their every-day living. We have requested not simply that they accept their eventual or probable death, for that is no different than anybody else, but that they hold in persistent readiness the ability to divorce themselves from shared humanity.

Picture this as a weight being held, lactic acid building up, burning sensation growing and growing to a point of such pain that the only way to remove the suffering is to let the weight go. The soldier, however, is not allowed to give up their responsibility, to leave the burden behind. They must always be ready and in this readiness, in this ability to break the bonds the rest of us take for granted in our relational reality, through which meaning and purpose are derived, we ask them to take in a little death each and every moment. It is little wonder the bonds of camaraderie that exist in combat are so strong, they are the only ones in the midst of a war that remind them of what is still sacrosanct.

On Memorial Day, the loss found in death should never be forgotten. However, nor should we think this was the only one, it was simply the last. When considering what are the proper or correct reasons for combat, remembering there are sacrifices of at least equal burden to final death, weights that cannot be let go, should be brought front and center. In doing so we will perhaps recognize the enormous responsibility we have as a society to those who are asked to cut themselves off from it.

END_OF_DOCUMENT_TOKEN_TO_BE_REPLACED

Accepting and Rebounding from Failure

Connecting the nature of failure to a discussion of behavior and go over six steps to working through the difficulty of failing.

END_OF_DOCUMENT_TOKEN_TO_BE_REPLACED

Exploring the nature of 'anecdotal evidence,' why it's so enticing and why we all engage in it. The power of the anecdote or story resides in what stories are: the creation of causal connections within our perception. We are declaring what we believe the world to...

END_OF_DOCUMENT_TOKEN_TO_BE_REPLACED 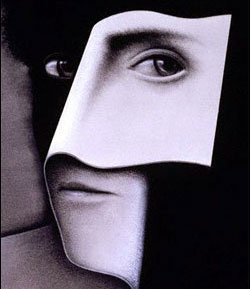 Question from Quora:  Can one heal from PTSD without using medications? I hear PTSD doesn’t just apply to war veterans. It could be affecting anyone and we wouldn’t know it ourselves unless someone brought it to our attention. Photo by Dan...