Living Through the Maps of Your Mind

Traveling usually requires directions. They may be obsessively precise or they might be confusingly opaque, but whether you’re deciding to turn down such and such a street or taking a right at the end of the fence-line, there’s still some level of guided movement involved. With GPS, the history of more broadly keeping an eye on where we’re going seems to, however, have gone away. Stories litter the Internet of people who got into accidents because they followed the GPS directions without paying attention to their surroundings. A base assumption seems to be that technology cannot fail, despite almost daily reminders of the opposite.

As it is with GPS, so it is with the mind and our mental maps of experience. Part of the assumption for GPS being wholly accurate is a likely ignorance concerning just how it works. For some people, there’s some vague notion of satellites and/or cell-towers, but even there the exact mechanisms of what is going on are as obscure as getting directions from a resident of a small-town without any road signs. Thankfully our minds, much as with GPS, work well enough that the blips in their functioning rarely cause catastrophe. Unfortunately, this means they get mostly ignored or shrugged away with little further introspection into what might be missing from our view of experience.

Let’s start with a couple declarations, in agreement with Fauconnier and Turner’s (2002) book The Way We Think: Conceptual Blending and the Mind’s Hidden Complexities:

If true, these starting points have a great deal of explanatory power when it comes to a broader understanding of those times when the mind makes connections we find profoundly unhelpful and/or unhealthy (obsessive thoughts and feelings) and sends us down paths that fundamentally change our notions of who we are (psychosis and other pathologies).

Just What Is A Mind-Map? 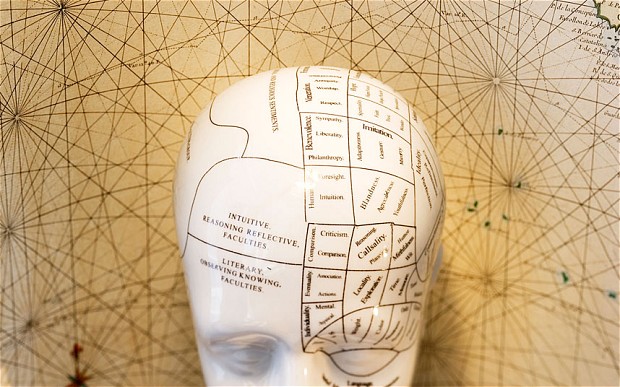 A typical map is a representation of the physical world and can serve multiple purposes: directions, land contours including elevation and slope, and the locations of various items, depending on need. A mind-map is much the same, a way of representing the world of our experiences to provide structure for the selection of potential behavior, the means of justifying that behavior through fundamental schemas and Values, and organizing the relationships of our lives.

“Living systems must categorize. Since we are neural beings, our categories are formed through our embodiment. What that means is that the categories we form are part of our experience! They are the structures that differentiate aspects of our experience into discernible kinds. Categorization is thus not a purely intellectual matter, occurring after the fact of experience. Rather, the formation and use of categories is the stuff of experience.”

Categories are more than the signs seen at a grocery aisle, they are means by which our minds differentiate the whole of our experiences into disparate parts. Fundamentally we begin with the category of Identity, as in “me and not-me.” Were we incapable of separating our bodies from everything else, we’d have a hard time determining how and whether to react to objects, indeed the very notion of “reaction” assumes the mental framing of a relationship between two objects and infers a type of cause-effect relationship as well. Also at this fundamental level there is a category of Space, as in “inside and outside,” that when connected to thoughts and emotions we describe them as happening “inside us” and their effects orchestrating reactions “outside of us.”

These categories are not simply mental constructs, they have immediate and direct effects in how we live our lives. In fact, they are the means through which we act!

“Because relations that verbal humans learn in one direction, they derive in two, they have the capacity to treat anything as a symbol for something else. The etymology of “symbol” means “to throw back as the same,” and because you are reacting to the ink on this paper symbolically, the words you just read evoked a reaction from you…” (Hayes, 2005)

Just as the words, symbols representing linguistic concepts, on a page spark reactions in us, so too do the actions we take based on our mental categories. Unfortunately these categories do not exist within the realm of experience, they are instead ways of organizing our experience. This purpose is not at all concerned with providing Truth, rather is bent towards providing a guide for the relational interactive reality of our actions.

Consider the latter category of Space and its relation to thoughts and emotions. Were this a Truth and fully accurate, then a person’s feelings and thoughts would never interact with others, thus providing justification to the idea that “I can’t make you feel something.” When we recognize that the categories are about organization instead of a fully accurate representation, then we begin to see why empathy is such a powerful experience; it is a transaction occurring at a more basic level than our categories would have us initially believe.

Categories are simply one, however basic, aspect of mind-maps. It might help to think of them as the symbols on a physical map, letting you know what is meant by the short-hand  representation. There are also schemas (relationally-bound structures like Principles) to bridge our Categories and a process like Blending (Faucconier & Turner, 2002) that allows us to take aspects of one experience and help us expand our understanding of another, as in through analogy. All of these work through the broader mapping process of building associations.

A Winding River of Relational Associations

“When we think, we arbitrarily relate events. Symbols “carry back” objects and events because they are related to these events as being “the same.” These symbols enter into a vast relational network that our mind generates and expands on over the course of our lives.” (Hayes, 2005)

Consider the fact that lines and symbols on a map do not actually exist upon the land being traversed. This may bury the needle in obviousness, but such notions are often so “obvious” that the power of their effect is ignored. Lines and symbols on a map are a form of collective agreement, as a species across varying geographic locations and forms we’ve landed on a relatively universal means of organizing our planet. However, none of these things exist or have meaning outside the contours of our minds. Earthquakes, sea-level changes, erosion, etc. all routinely shift our maps at a base physical level and the political/military changes and conflicts change them at the level of ideology. Our maps are arbitrary, and sometimes capricious, not in the sense of not having any meaning, but that the meaning is quite clearly so capable of being changed at a moment’s notice.

Our mind-maps are not much different. We connect disparate data points into lines and symbols, stretching categories into schemas, living through Principles and Values as if these things have a life outside the relational bonds we live and breath through. They don’t.

As human beings, we can and do quite often engage in behavior that is contrary to stated goals, contrary to our well-being and incompatible with the goals and well-being of others. Our mind-maps are similar enough precisely because we’re all human and therefore allow us to organize ourselves enough to create societies and come to a consensus on things like the creation of physical maps. However, the associational process that supports all this is not a simple one-to-one or uni-directional.

“Humans think relationally…” and “are able to arbitrarily relate objects in our environment, thoughts, feelings, behavioral predispositions, actions (basically anything) to other objects in our environment, thoughts, feelings (basically anything else) in virtually any possible way (e.g., same as, similar to, better than, opposite of, part of, cause of, and so on).” (Hayes, 2005)

Consider that a singular social event like a protest can be looked at in almost as many ways as there were people participating within it. We each, every one of us, utilize mind-maps to organize our understanding, come to conclusions and therefore set us on a trajectory of response. Nobody does this differently, there is only variation in the information that is selected to support conclusions, the schemas being applied and the resultant behavioral response.

What allows us the freedom to grow and change is our ability to associate multiple things with one experience and build new maps guiding us into new realms of potential behavior. A childhood considered oppressive and dominating can later be looked at as supportive if perhaps ignorant; a beggar on the street-corner can be looked at as lazy and later seen as having fallen to forces outside their control; a woman’s body considered the property of a man’s can come to be seen as the source and embodiment of their independence; and those once considered “other” and open to ridicule and mockery can eventually be seen as belonging to the same great sea of humanity we all reside within.

The journeys of our mind-maps are the lines and symbols of our interactional lives.

Hayes, Steven C.; Smith, Spencer (2005-11-01). Get Out of Your Mind and Into Your Life: The New Acceptance and Commitment Therapy (Kindle Locations 468-470). New Harbinger Publications. Kindle Edition.