When Persecution Isn’t: The Technological Expansion of Ego

The seeming necessity for bonding within like-minded groups is not simply an affectation of modern society, it is foundational to being human. The avoidance of persecution and selection of bonding provides a sense of safety in numbers and relatedly a continuity of experience. While the lone dissenter has attained a certain mythologizing in modern story-telling, human history is far more often about groups of like-minded people working together towards a common purpose, regardless of whether such ends up being helpful from the hindsight of the future. Thus it is in studies concerning social relationships, people often state that they like surrounding themselves with different opinions, but the reality is quite different. To be found wrong is not just a subtle shifting of one’s opinion, though to paraphrase Kathryn Schulz in her book “Being Wrong: Adventures in the Margin of Error,” there is no real feeling of being wrong because that feeling is a lot like the feeling of being right.

This aversion to being wrong and the desire to be right provides the emotional impetus for and the cementing of many communities. With the advent of the Internet, communities no longer need to be geographically constrained. We can find like-minded individuals scattered throughout the world, fill chat-rooms, create private groups on various social media outlets and given how search algorithms take into consideration our own personal history, even seeming objective searches for information are inevitably curbed by our biases and predilections.

In Relational Dynamics In Identity Theory (RDIIT), a fundamental principle concerns Ego Is A Point of Reference, Not A State of Being. What this essentially boils down to is ego functioning as a funneling of perspective or conscious visioning, a cone as it were, with the original point placed within a general framework of holding the world of experience, or in other words, a worldview. Commonly, ego is understood as conflated with self, leading to the ego being defined as a state or presence in some sense apart from the so-called external world. The immediate difficulty with such an idea is that ego or self then becomes fundamentally different than everything else in the universe. Rather than an interconnected parcel of existence, the self is somehow found to be in a restricted place of its own making. Spending even a few moments considering how many opinions one has that have not actually been thought through or originated from within and the futility of this isolation becomes quite clear.

Viewing ego as a point from which perspective branches out allows for a fuller appreciation for what social connections are and what the negative experience of persecution is all about. This “cone of perspective” holds within it all possible behavior, both in deed and in thought, for which the person in question is capable of doing. Thoughts or actions outside of that space are not simply impossible, but contrary to, being as they are outside of the currently knowable world that the person is able to see and believes exists. As Maurice Merleau-Ponty notes:

“The things of the world are not simply neutral objects which stand before us for our contemplation. Each one of them symbolises or recalls a particular way of behaving, provoking in us reactions which are either favourable or unfavourable. This is why people’s tastes, character, and the attitude they adopt to the world and to particular things can be deciphered from the objects with which they choose to surround themselves, their preferences for certain colours or the places where they like to go for walks.”

Imagine for a moment that experience of having found something one holds dear to be wrong, or if having impossibly not gone through that most human of situations, imagine someone else who has been viewed as having done so. In many cases the person expresses or otherwise displays a feeling towards the counterfactual of their belief having “hit them from behind” or “come out of nowhere.” Both are metaphorical allusions to something that is unseen. When considering the cone of possibility, this now makes a lot of sense, as anything contrary to a belief would indeed lie outside of that which is actually observable by eye or mind. This feeling of contrariness is directly related to the more pernicious feeling of being persecuted. Both are based on the perception of contrariness being directed towards one’s ego or perspective.  The former is usually associated with everyday aspects of experience that don’t conform to a vision of what the world should be, from the frustration at the internet connection not working as fast as wanted to the lights on the way to work not turning green when we want. The latter is more systematic and requires an identification with a broader contrary agenda.

Here is where things get interesting in connection to group bonding. Persecution on one hand can be a debilitating experience when felt in conjunction with not having any support. However, persecution, or at least the feeling of it, can be rather beneficial when one feels supported by a community. This is exacerbated more so by the human tendency to hold even more tightly to one’s beliefs when feeling attacked. Remember, we hate being wrong and even more so like being able to say “I told you so.” For the person feeling persecuted, both are in evidence, from not wanting to be wrong about something held dear to desperately wanting to be able to later turn around and tell the disbelieving crowd “Hey, I was right!”

Thus it is that the ability to build support, i.e. community, is important both in the safety it affords for holding to a belief and in being able to withstand anything contrary. In this way, persecution becomes all the more easily identified, regardless of whether or not the term is appropriate. The Internet and social media allow for the creation of groups on even the most tiny of similarities, but they also allow contrary groups no matter how small, to wield an influence wholly outside what their numbers would normally allow. Headlines are easy to come by to support this, from controversies surrounding pizza delivery to individual students protesting about their persecution because a speaker they disagree with was invited to their university. The mere perception of having a supportive group leads to a greater degree of righteous indignation, supported and buttressed by the actions of any other group being contrary. The greater the outcry against a particular action the more deeply held to conviction it becomes possible to be.

None of this is to say that real persecution doesn’t in fact occur and is truly horrible. What technology provides is the ability to expand our ego or perception far outside what it otherwise was capable without delving into psychosis. The notion that “the world is against me” used to be more easily associated with the persecution complex connected with narcissism. Now the same phrase can be uttered and, regardless of any real global correspondence, the feeling no longer is as easy to dismiss. Technology has given us all the ability to be narcissists and do so without fear of doubt.

What all this does to real examples of persecution is make them notoriously difficult for a broader public to take seriously. Further, the constant expansion of persecution leads to a reduction in generative debate and dialogue. When any contrariness is associated with the feeling of persecution, then any different opinion leads to a circular reinforcement of that very feeling. Given the world is indeed full of contrary experiences and opinions, technology combines with tendencies of human psychology to allow a person to rest comfortably in an echo-chamber of their own making, held in by the walls of perceived social antagonism. To even begin to address this problem one must first acknowledge that the ego is not a perspective creator so much as a collaborator with the rest of reality.  Further, that singularity of perspective sees only the potential it is capable of, a very narrow visionary cone indeed. Starting there we will not find our way to declaring all opinions equal, but it will certainly lead us down a path of more open engagement and a realization that being wrong isn’t so bad after all.

END_OF_DOCUMENT_TOKEN_TO_BE_REPLACED 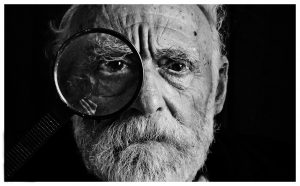 Research on human behavior notes that we often excuse personal bad behavior using external variables, yet blame internal unchangeable qualities for the same actions in others. Further, we rationalize behavior, by placing it into a personally coherent narrative or...