You Don’t Represent Me: An Open Letter to Congress

All hyperbolic declarations aside, America continues to be a representative democracy. The ideal behind this system is the best minds and most valorous individuals will rise to present their vision of a better society and, through a campaign gauntlet, the best ideas will through their representative, get voted into office by the people.  Ideas here, particularly those verbally presented, are assumed to be causally related to the character and therefore policies put forward by the representatives.

The two sides to such a system, the people and the representatives, exist in a symbiotic union, also providing the doors through which failure of the system can occur. Make no mistake, it is the ideas that are being voted in and manifest in policy. If the people cease to concern themselves with the ideas, instead voting based on charisma, height, or whether they feel they could have a beer with the person, then the system becomes corrupted. If the representatives falsely display what they believe and/or promote ideas that serve interests outside of or contrary to the betterment of the populace as a whole, then the system becomes corrupted.

In an ideal world, each part, people and representatives, can expect the other to push for a greater display of the best in our shared humanity. This does not always mean a direct relationship between the desire of one being displayed by the other. At times one side must rise above the other to promote a greater idea, as civil unrest and protest can sometimes attest to or when a representative refuses to put into law an unjust or unethical practice like discrimination. While on occasion this is inevitable, to have it become the norm is a good indication of a corrupted system. Regardless of whether the path for such failure stems from the citizenry or the representatives, both are based on the group lacking an understanding of the nature of a democracy for and by the people.

The International Social Survey Project set about to ask people whether they understood the form of society they resided in. Turns out, most people were incapable of selecting which from a series of diagrams was an accurate representation. “In America, 29 percent chose the correct picture — that would be diagram B — if you consider income after taxes and transfers. Another 23 percent of Americans said they couldn’t chose an answer at all.” Diagram B in this case indicated a straight-forward pyramid with a small group of elite at the bottom, a larger number in the middle and the majority at the bottom.

If the citizenry are not able to understand and identify the form of society their democracy sets out to represent, then it becomes profoundly difficult to see when corruption is occurring. When only a third of Americans understand that the vast majority of people are at the bottom of the socio-economic scale, such lends itself to a representation that does mimic the perception of the populace. When the majority of millionaires describe themselves as “middle-class,” there exists a disparity between the reality of wealth inequality and therefore the social policies that seek to make a better society. With income and wealth easily translatable to social power and influence, the promotion of policies more favorable to the upper class become inevitable.

The sheer enormity of the difference in classes cannot be overstated. Judging pay ratios, that is, the multiplied difference between average worker pay and CEO pay is one indication of the disparity in power in this country. As Bloomberg-Business reports: “The AFL-CIO’s average CEO-to-worker multiple at big U.S. companies is 357. Bloomberg’s average ratio for Standard & Poor’s 500 companies is 204; the average of the top 100 companies on our table is 495. That is, CEOs of the companies on that table averaged 495 times the income of nonsupervisory workers in their industries.” When broken up by sector, the S&P 500 at the lowest end in the materials sector, the disparity is still over 100 times.

Such is concerned simply with income, but wealth, which includes the accumulation of money and other assets, paints an even starker image. As reported in Fortune: “Saez and Zucman show that, in America, the wealthiest 160,000 families own as much wealth as the poorest 145 million families, and that wealth is about 10 times as unequal as income.” This inequality has historically followed a rather spectacular u-shaped trajectory. “From the Great Depression in the 1930s through the late 1970s there was a substantial democratization of wealth. The trend then inverted, with the share of total household wealth owned by the top 0.1 percent increasing to 22 percent in 2012 from 7 percent in the late 1970s.”

This surge in inequality cannot help but translate into the political realm, particularly given the amount of money required to win a seat to congress, the average being $1.3 million for a Representative seat and $10.4 million for a Senate seat. Recent findings have shown:

“Of 534 current members of Congress, at least 268 had an average net worth of $1 million or more in 2012, according to disclosures filed last year by all members of Congress and candidates. The median net worth for the 530 current lawmakers who were in Congress as of the May filing deadline was $1,008,767 — an increase from the previous year when it was $966,000.”

Let’s further consider that upon leaving Congress, even if only having served one term, members to that elite club are guaranteed pensions once they turn 62, a situation a great many workers in this country have had illegally and unethically denied them. As CNN reports: “The pensions that lawmakers get are defined benefit plans, which means they are guaranteed to be paid a certain sum for as long as they’re alive. Another perk: These benefits increase with the cost of living. Both are features that have become rare in private sector retirement plans.” You read that right, the benefits increase with cost of living, a standard typically denied to minimum wage earners in this country. Further, such a pension is not something that they paid into like the usual worker does, it’s guaranteed by funneling income from taxes. For a governing body often lamenting policies of “redistribution,” it seems remarkably capable of doing so for itself.

The result of a representative system being identified with a smaller and smaller segment of the populace is that policies which could help or are favored by the broader populace get ignored. From over twenty years of polling and policy-tracking, a recent study has shown just how much representatives no longer consider the voice of the people.

“While the opinions of the bottom 90% of income earners in America have a “statistically non-significant impact,” Economic elites, business interests, and people who can afford lobbyists still carry major influence.”

This, then, is a declaration to Congress: You don’t represent me. You are not the best of what our society has to offer. You are not concerned with making our world a better place for the majority of us. Your disregard for science, your deliberate manipulation in campaigning, your refusal to curtail the effect big-money has on politics, your lip-service to popular will, the desire to funnel our taxes into your own pockets, all of this indicates a degree of ethical malfeasance that is nothing short of criminal.

The citizenry of this United States desperately still want to believe in a system that works for the betterment of all. Unfortunately you the Congress have unburdened yourself of any degree of care to do so, so you don’t represent me.

END_OF_DOCUMENT_TOKEN_TO_BE_REPLACED 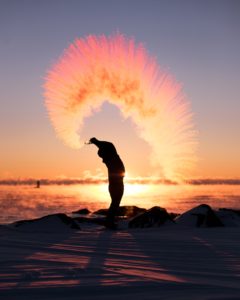